Contextere is an industrial software company creating AI-enabled solutions focused on human performance. Recognized as a World Economic Forum Global Innovator our mission is to transform the future of work by delivering actionable intelligence to the last tactical mile. Contextere works in the field with you to meet challenges head-on, driving digital transformation, and deploying our capability to produce results for today and tomorrow.

Robots need not apply. We started Contextere back in 2015 because we saw that the technological advancements brought on by Industry 4.0 had largely ignored frontline employees working at the coal face. We know that technologies such as artificial intelligence can empower these employees, not threaten them. Workplace safety incidents, inefficiencies on the job site, human error, lost productivity, all can be improved with the right tool, the right data, and the right hands.

Gabe brings to the company two decades of experience in software development across multiple industries. This has included initiatives in the digital oilfield, intelligent vehicles, VR, and big data. Gabe has worked for technology leaders in the aerospace & defense, automotive, and energy markets including NAVTEQ, CAE, and NGRAIN. 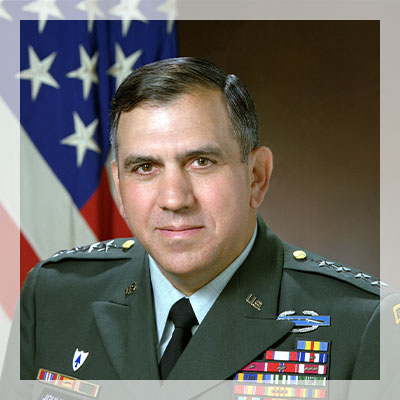 Contextere is a versatile team of seasoned industry veterans who strongly value curiosity and creativity. We are always on the lookout motivated and enthusiastic people who want to transform the future of work.
Get in touch
Offices

Where to find us

Where to find us

General George A Joulwan (ret) United States Army, retired in 1997, has had a career of exemplary military service and outstanding foreign policy experience. His final military assignment was as Commander in Chief, United States European Command (CINCEUR) and as the 11th Supreme Allied Commander Europe (SACEUR). As CINCEUR, General Joulwan conducted over 20 successful operations in the Balkans, Africa and the Middle East. He established the first-ever strategic policy for U.S. military engagement in Africa. In addition, he served two combat tours in Vietnam, served in the Pentagon as the Executive Officer for the Chairman, Joint Chiefs of Staff, was Special Assistant to the President of the United States, and was Special Assistant to the SACEUR, General Alexander Haig. He is a graduate of West Point and holds a Master’s Degree in Political Science from Loyola University in Chicago.

Sara Holoubek is the CEO and founder of Luminary Labs, a New York-based strategy and innovation consultancy that develops strategies and innovation systems to help Fortune 500, government, and non-profit organizations thrive in the face of change. She is also an active early-stage investor. Sara previously served as a director and chair of the Step Up National Board, a non-profit that propels girls from under-resourced communities to fulfill their potential by empowering them to become confident, college-bound, career-focused, and ready to join the next generation of professional women. Her previous advisory roles include serving on the inaugural RWJF Pioneer Fund Advisory Group and the Aspen Health Innovation Project Planning Committee.

Terry Cunningham is a silicon valley veteran and serial entrepreneur with a 25 year track record of success building innovative high-growth technology companies. Currently Terry is the CEO of Springpath who is at the forefront of pioneering hyper-converged infrastructure software. Prior to that Terry was President and General Manager of Seagate’s cloud storage and DR division, Evault, Inc. Cunningham originally founded Crystal Decisions, which was purchased by Seagate in 1994. Cunningham piloted Seagate Software through $350 million worth of acquisitions and helped grow the organization, with 40 offices and 2,000 employees. Cunningham’s accomplishments also include serving as president and COO of Veritas Software, and founding other successful software companies including InfoGenenis and Coral8. Terry holds a bachelor’s degree in mechanical engineering from the University of Waterloo.

Prof. Steven Feiner, Ph.D is a Professor of Computer Science at Columbia University, where he directs the Computer Graphics and User Interfaces Lab. His research interests include human-computer interaction, augmented reality and virtual environments, 3D user interfaces, knowledge-based design of graphics and multimedia, mobile and wearable computing, computer games, and information visualization. His lab created the first outdoor mobile augmented reality system using a see-through display in 1996, and pioneered experimental applications of augmented reality to fields such as tourism, journalism, maintenance, and construction. Prof. Feiner is an IEEE Fellow, a member of the CHI Academy, and a recipient of the ACM SIGCHI Lifetime Research Award, the IEEE VGTC Virtual Reality Career Award and the IEEE ISMAR Career Impact Award. He and his students have won the ACM UIST Lasting Impact Award and the ISWC Early Innovator Award. He has served as general chair or program chair for over a dozen ACM and IEEE conferences and is coauthor of two editions of Computer Graphics: Principles and Practice.

Dr. Peter Williams has played a major role in the development and delivery of IBM’s smart cities and smart utilities solutions. He has worked with organizations as diverse as the UN and EU, many city, state and local governments, and many utilities, globally, on these issues. By background a strategy and change consultant, he has spent his career at the intersection of technology and strategy, and currently focuses on issues including the role of the Internet of Things, artificial intelligence, and block-chains in city and utility operations. He has extensive experience of advising VCs and start-up companies in these areas. A native of the UK, Dr Williams has lived in the US since 1999. His Doctorate is from the University of Bath. He also holds the title of IBM Distinguished Engineer, and was a Visiting Lecturer on Smart Cities and Communities at Stanford University. He is married with 3 adult children.